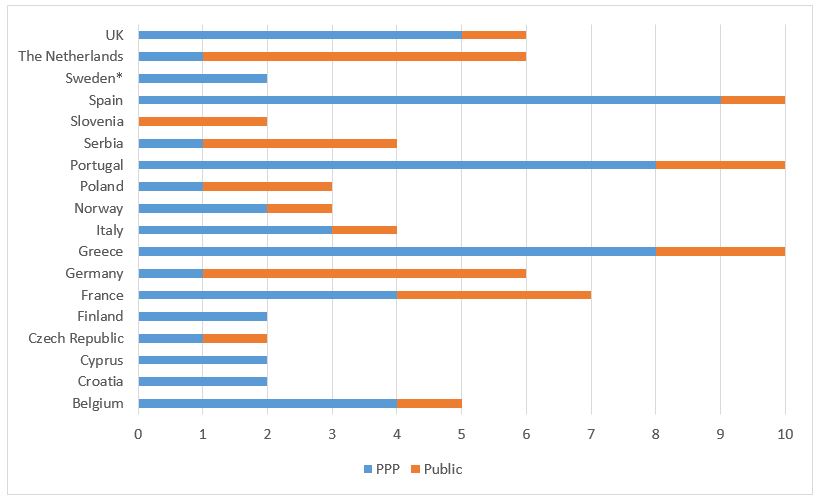 * One Project Shared with Denmark

It is important to mention that project cases described in the BENEFIT Matching Framework format have multiple values of their respective sets of indicators which correspond to different times of their delivery life-cycle (termed “snapshots” in the BENEFIT project). On average, 3.5 snapshots were generated per project, which enabled the use of quantitative analysis methods

The sample selection process was based in principle on accessibility of information and leveraged project information captured in the COST Action TU1001 and OMEGA Centre project databases. Notably, all information collected for the BENEFIT project case database is in the public domain. 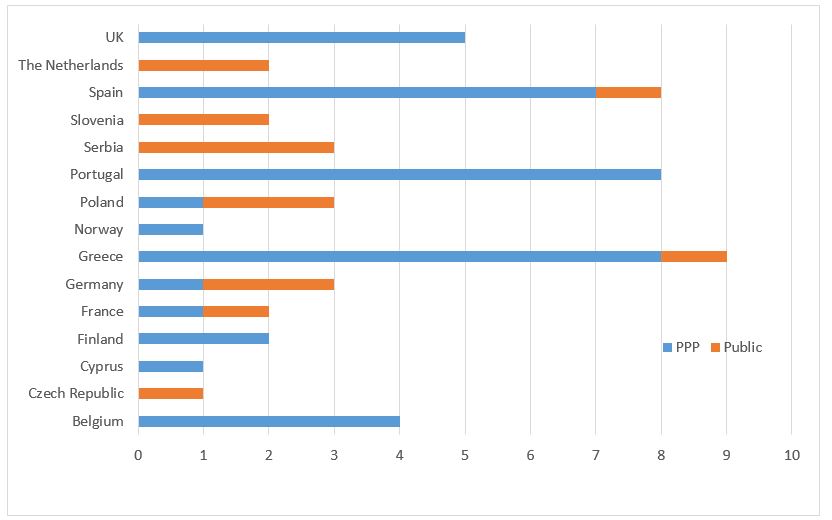 Figure 3: Distribution of Cases in Indicator Format per Country

Figure 4: Distribution of Project Cases in Indicator Format per Mode

As can be seen from the above figures, some countries are over-represented in the sample. This was also taken into account in both qualitative and quantitative analyses.

Furthermore, the small number of project cases in certain mode categories limited the potential for a full analysis of the respective infrastructure modes.

Finally, while significant effort was placed on including projects financed purely by the public sector, this proved extremely difficult as the relevant information was not readily available. This limitation was intensified by the fact that the construction of publicly financed projects involves multiple contracts which were hard to trace.

In this context, the OMEGA Centre project database, initially endorsed for its expected contribution of publicly financed projects, could only be used for qualitative analysis as no additional information, which was necessary for quantitative analysis, could be collected on its projects.

University of the Aegean
Department of Shipping, Trade and Transport

We use cookies to ensure that we give you the best experience on our website.
I accept